Once we met gigabit mark there was no speed progress for end users desktops in enterprise environment. While Data Centers and Service Providers adopted 10G technology and beyond.

And the last one is a huge issue since Cat5e and Cat6 cabling dominates install base: 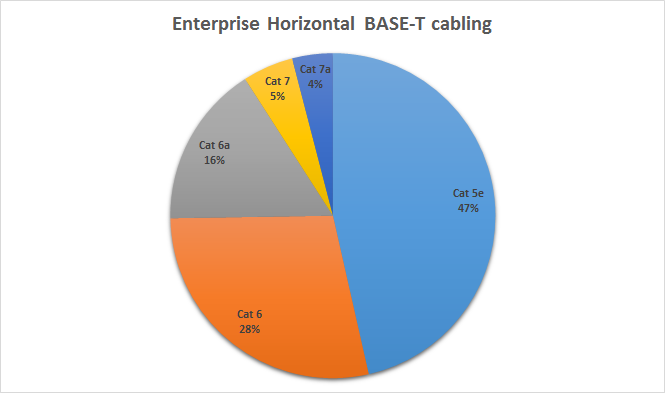 Probably one among a few useful scenarios to deploy 10G at access is traffic heavy video editing which is rare to meet. Apart from it, there is no much data transferred towards or between desktops thus even gigabit links stayed unsaturated. Until now.

The growing demand for mobility and the increasing number of Wi-Fi enabled devices require fast pipelines to ensure smooth user experience. 802.11ac standard appearance is a response to these demands.

What is NBase-T anyway?

NBase-T is a technology which allows pushing 2.5 Gbps and 5 Gbps through old fashioned Cat5e and Cat6 copper line while supporting all PoE standards up to 60W. NBase-T leverage 10GBASE-T PHY technology. NBase-T is splitting it in fourth and by changing modulation allow to pump more speed through the pipe.

NBase-T is being supported and promoted by NBase-T alliance.